The Journey of Baby Lucas & His Incredible Family

​About 3 years ago I had the honor of meeting and getting to know Justine Timbro (then, Spada.) She was about to be married to the love of her life, Jordan, and was as excited as could be to embark on their new journey together. About a year and a half ago, they welcomed their first baby girl Carmelina into their lives. Her pregnancy went smoothly, no hiccups, and their baby girl was and still is as perfect as ​baby girls get. Justine decided to open up a home daycare named Mama Bear Day Care and spend day in and day out with ​Carmelina. Twenty months later on April 25, 2018 they welcomed their second child, Lucas Leonard Timbro. After yet another smooth pregnancy they were incredibly excited to meet their little boy! 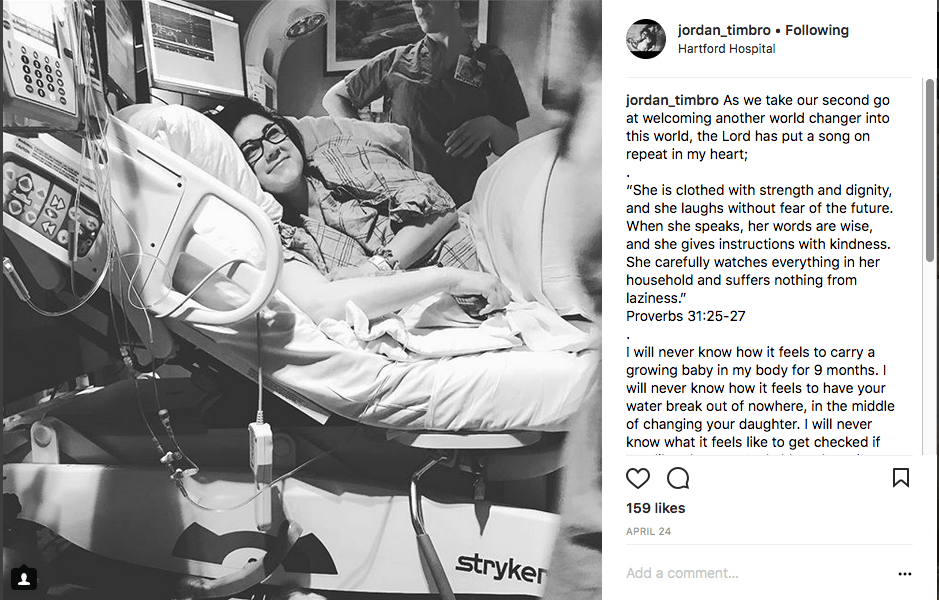 ​Just a few hours into his ​life I saw the Instagram post that he was here. I was so excited to see his adorable little picture pop up on my screen! This family is so incredibly sweet and although I hadn't yet met her husband or their baby girl I always enjoy seeing the photos Justine posts. Such a happy, beautiful family of faith. As I began to read the caption though I realized that ​Lucas and his family were in need of a really big real life miracle. Little Lucas was born with the umbilical cord wrapped around his neck ​twice and ​some pretty big and scary things were happening inside his little body. His parents nor the doctors had ​any idea about any of it until now.

​This little guy was in need of lots of TLC, nevermind medical care. Justine and Jordan were completely shocked and incredibly scared. The relied on their faith and the doctors Hartford Hospital  to carry them through the first hours of Lucas' life. Then, another post.

​Little Lucas was having his first of possibly many surgeries at one day old​; a tap would be put into his head so ​the doctors could start relieving the fluid ​from his brain.  The doctors diagnosed Lucas with "Hypernatremia” - which simply means that he has a high concentration of sodium levels in his blood. The doctors believe that this correlates with the pressure his pituitary gland was under when his brain had fluid built up, pre-shunt. Reading all of this, as a mother of two living babies and two angel babies, my heart broke for Justine and Jordan. I knew they were strong-- maybe among the strongest thanks to their faith-- but the fear and helplessness that a parent feels when their baby is in pain is unbearable and unimaginable​. Was he going to be okay?  What is baby Lucas going to have to endure throughout this journey? Would he be affected just for now, or for the rest of his life? The next day ​brought ​two more posts.

​You can literally feel the hope and faith in his father's words. He and Justine were rooting for their baby boy with everything in the​m; LT would go home with them and he would thrive. They felt nothing but hope and thanks for the doctors and nurses surrounding them, helping them and Lucas through this ​tribulation. They thanked each one, and eachother, personally and publicly. ​Love and gratitude at its finest.

I reached out to Justine the day after I saw her first post about Lucas. I wanted nothing more than to give her a huge, huge hug and console her. No words are the right words when the fate of a woman's child is at stake. The only thing I could possibly offer her that could make a difference, I felt, was photography. I offered to come to the hospital; I felt that sooner would be better ​just in case. ​But she had so much faith that he would be home soon so we decided that we would hold off until then. Two days shy of a month old little Lucas ​was discharged! He was finally going home.

​Justine messaged me that same day to tell me the amazing news! We set a date for our session the next week ​and I was so excited to finally meet the rest of her family. When I arrived at their house the day of the session everyone was in great spirits, baby Lucas was peacefully napping ​on Jordan, and Jordan's mom was hanging with little Carmelina. There was such a lovely sense of peace and happiness in their home and we all had a great time just hanging out, talking, and photographing. ​Here are some of my favorites from our day together.

Lucas is home but the Timbro Family still has a long road of doctors visits and discoveries ahead of them. If you'd like to follow the Baby Lucas and the Timbro Family's progress, Jordan is on Instagram @Jordan_Timbro and Justine is @Justine_Timbro. They've created an account for baby Lucas and he is @Lucas_Timbro. #LTstrong is their hashtag.